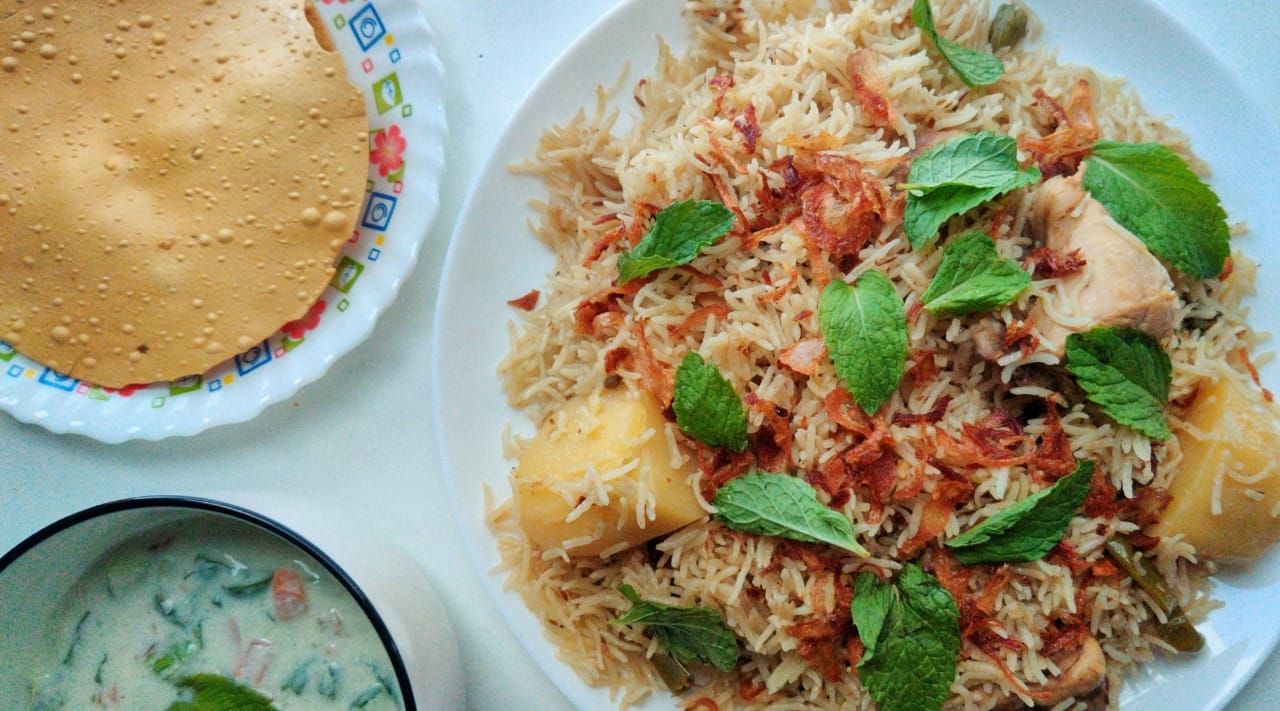 Chicken Yakhni Pulao: jam-packed with flavor and among my family’s most cherished foods.

Pulao is popular in pretty much the whole subcontinental world, with every country, or rather, every household having their own special version. It also goes by the names pilaf, or pilao.

Here, I present you guys, my family’s forever favorite chicken pulao. It’s loaded with flavor and imparts an aroma that’s to die for!

This chicken pulao was among the very first recipes I learned from my mum. I remember trying so hard to not let her get away with “a little bit of this” “a little bit of that!” If your mom is anything like mine, you know exactly what I’m talking about.

In my house, it’s quite difficult to chose between chicken pulao and chicken biryani, because these are two absolute family favorites.

These days many types of pulaos are exist to name some popular ones:

Which kind of rice should I use?

Pulao is best made with long-grain Basmati rice, that are fragrant.

As goes for any rice dish, While people differ in their preference of whether rice is al dente or soft, rice should never be overcooked, broken or mushy.

Each grain should be fluffy and separate from the other, and that’s some thing that takes practice and understanding the rice you get. Generally, soaking the rice beforehand and the correct rice to water ratio gets your rice properly cooked.

1) Chicken pulao tends to be mildy spiced, and biryani definitely belongs on the spicier end of the spectrum.

2) In a chicken pulao, uncooked rice is added to the chicken stock mixture, and the rice is fully cooked in that stock (no layering required). On the other hand, rice in biryani are boiled (or par-boiled), separately then layered with the biryani masala. Both are put on dum (covered tightly, and left on low flame for 10-15 minutes at the end).

How to make chicken yakhni pulao

A chicken yakhni pulao gets most of it’s flavor from whole spices and meat/poultry that is cooked in the stock (yakhni). I do not prefer adding chicken to yakhni though.

In this recipe, you first make a stock that is infused with loads of flavor. Whole coriander seeds, fennel seeds, cumin seeds, onion, ginger and garlic go into this stock along with whole spices, such as star anise, black peppercorn, peppercloves, cinnamon stick and bay leaf.

I love the aroma that cardamoms add, so I throw in green cardamoms and black cardamoms. Adding chicken bones to the this stock, really adds life to the pulao, but to be honest, I rarely have that on hand.

This stock is reserved and everything else is discarded.

In this step, I cook the chicken with some whole spices, onion and yogurt, then I add the prepared yakhni. Rice is cooked in this flavorful stock. And the next thing you know, your whole smells heavenly!

I tend to use a lot of green chilies because I love a spicy pulao. Some recipes call for red chili powder, and those are really good too.

The chicken pulao recipe below may seem a little lengthy, but it really does not take long to prepare. And I’m saying this as a person who’s often taunted for being as slow as a snail in the kitchen. *insert awkward face*

What can I serve it with?

Are you ready to make this amazing chicken yakhni pulao?